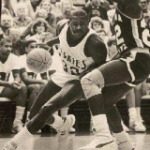 A 1981 graduate, Shag Williams was named Big 9 All Conference Honorable mention in basketball as a Sophomore in 1979. In named 1980 Big 9 All Conference 1st team, led team to Big 9 Championships, District Championships , Regional Championships and 3rd place in State under Head Coach Gene Rostvlod. In team 1981 Big 9 Champions & he was named Conference Player of the Year, leading the league as Big 9 Leading scorer averaging 23.1 points per game and leading rebounder averaging 13.1 per game. Shag is 7th All Time Davis leading scorer with 1,136 points in only 3 years & without a 3 point line!!!! In 1981 also named Washington State Basketball Most Valuable Player, Washington State 4A State 1st Team and McDonald's Honorable Mention All-American He accepted a full ride basketball scholarship to the University of Washington. Shag competed for the Huskies for 4 years. In 1984 the Huskies advanced to the NCAA 'Sweet 16' when Shag was a Junior. Following college he played in Professionally for 3 years the World Basketball League in Vancouver British Columbia, Canada for the Vancouver Knighthawks. The next two years team moved to Saskatachewan and became the Storm. He returned to Davis in 1988 and began his coaching career for the Pirates. 1988-89 Volunteer assistant to Gene Rostvold, 1989-94 Sophomore Coach under Scott Berry, 1994-97 Junior Varsity Coach under Larry Clark, 1997-98 Season Co-Head Coach, 1998-99 Solo Head Coach Regional Champs, 4A State 5th place, 1999-2000 Big 9 Champs 18-0, Big 9 Conference Coach of the Year, District Champs and 4A State 8th place, 2000-01 District Champs, 2003-04 Big 9 Champs 18-0 , District Champs, 4A State 8th place and Big 9 Conference Coach of the Year. 2004-05 District Champions, Retired 2005 Davis head coach for seven years finishing with a record 131-54 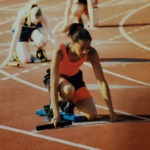 A 2002 graduate, Esther Anderson was a standout Track and Field Athlete for the Davis Pirates Her Senior year she won the 200 meters at the WIAA State Championships Esther placed 5th in the 100 meters and was the State Champion in the 200 meter. She also ran first anchor on our 2002 State Championship 400 meter and 800 meter relay teams. Which notes an important shout out to Christina Rainy, Jennifer Rance and Marcie Ford who were member of those teams. The championship times for both of those 400 and 800-meter relay teams remain school records for Pirate Track. Esthers personal bests continue to rank near the top of girls track and field in the Yakima valley with a 11.85 100 meter time, a 26.6 200 meter time and a long jume of 19 feet and 3 inches. Putting all in perspective, as great as her State Championship achievements are, Esther states that her greatest achievement is being married for 15 years and her greatest accomplishments are her 7 children Jasentah, Asaiah, Khyng, Kenahdi, Heaven, Lincoln and Honesty. And my granddaughter Jaleigha. 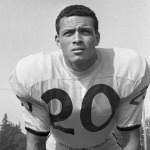 1960 Graduate - In football, led the Big Seven League in scoring as a junior. As a senior set a school record for touchdowns that held up for 50 years as he led the Pirates to 6-0 record in the Big Seven racking up 17 touchdowns — giving him 30 in two seasons. The two-time all-state halfback and senior class president set that record tally in just eight games. At Pacific Lutheran University, In the fall of 1964, he was a two-way all-Evergreen Conference pick and earned NAIA All-American honors at defensive back. Davis Track - placed third at state in the 440-yard dash as a junior. He ran 50.3 as a senior and reached nearly 22 feet in the long jump. At PLU was part of four school records in the sprints, hurdles and relays. His PLU school record long jump of 24 feet, 1½ still stands today!!! 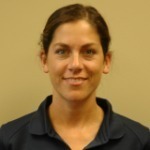 2002 Graduate - A two-time state runner-up in cross country and a four-time state medalist in track. She attended and competed for Texas A&M and Seattle Pacific, qualifying for nationals in cross country at both. Finished 2nd in the GNAC cross country championships in 2005. After coaching locally at East Valley and Davis High Schools, Meredith jumped to the collegiate level as an assistant at Oregon State, Mississippi and then Alabama. In 2019, in just her third marathon, she qualified for the U.S. Olympic Trials, winning her age group while placing ninth overall at the Indianapolis Marathon with a time of 2 hours, 42 minutes, 41 seconds. 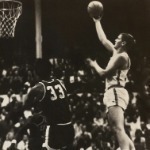 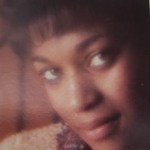 1983 Graduate - As a Senior she was the WIAA State Champion in the 100 m dash and 2nd in the 200 meters; led team to both a Big Nine League Champion and a 6th place team award at the 1983 WIAA State Championships. Holds the Davis school records in both the 100 m and 200 m dashes at 11.8 and 24.51 seconds. Camerson accepted a Track and Field scholarship from University of Oregon 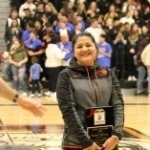 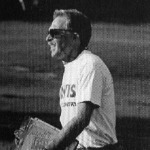 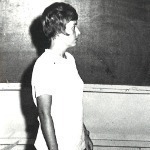 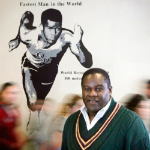 1966 Graduate - State Champion both Junior and Senior years in the 100 and 220 yd dashs. As a Senior while running the 4th leg of the 4 by 200 yard relay, Willie sprinted his team from last to 2nd recording a 19.8 split time; that at that time was the fasted recorded in history for a high school student. To this day, Willie holds three school records at Davis in 100 meter at 10.5 sec, 200 meter at 21.2 seconds and long jump at 23 ft 9.5 inches. While at Davis High School, Willie won 55 of 57 races. Attended Oregon State University on a full track scholarship. Immediately broke OSU freshman records in the 100 and 220 yard dashes. Tied the world record in the 100 yr Dash at 9.1 seconds. NCAA Champion 220 yd dash. Pan Am Games - Gold medal in 4 x 100 meter relay, silver medal in 100 m dash. World Games in Europe was 200 meter Champion and 400 meter Relay Champion. American Record 4 by 100 yard relay. Injured in 1968 of all things a PE trampoline accident that prevented him from competing in the 1968 Olympics. In 1970, Willie worked hard to return to form and won Pac 8 Champion in 220 yd dash setting a Pac 8 record of 20.4 seconds. Tied Word Record 50 yd Dash and 100 yard dash. From lane 8, Willie won the 1970 NCAA 220 yard Dash In 1970 ranked the top 200/220 Runner in the World. Graduated from Oregon State in 1971. COACHING - Long Sprint Coach for Davis Track and Field and student guidance counselor at Davis High School. INFLUENTIAL PERSONS IN LIFE - College Roommate – Dick Fosbury (of Fosbury Flop fame), Olympic Camp Roommate – Bob Beamon (1968 world record Olympic long jumper ), Longtime Friend – Tommy “the Jet” Smith (1968 200 meter Olympic Champion), Muhamad Ali, and my mother and father. “Winners Win, Losers Lose, Which one are you?”